We booked our flight to Hong Kong for Presidents’ Day. In 2018, that day happens to fall three days after Chinese New Year. While a shame to miss the celebrations, the crowds in this city of almost 7.5 million sounded intense.

With a late evening arrival, I had booked three nights at The Mahjong for simplicity. I had expected the standard hostel amenities. What I hadn’t expected was the Chinese New Year treats we would soon sample.

For mochi lovers, try tāngyuán* (湯圓). These boiled “soup balls” are served in a sweetened ginger broth for dessert. While fillings vary, the hostel made them with either red bean paste, taro or peanut butter. We watched the preparation during our first afternoon in Hong Kong. 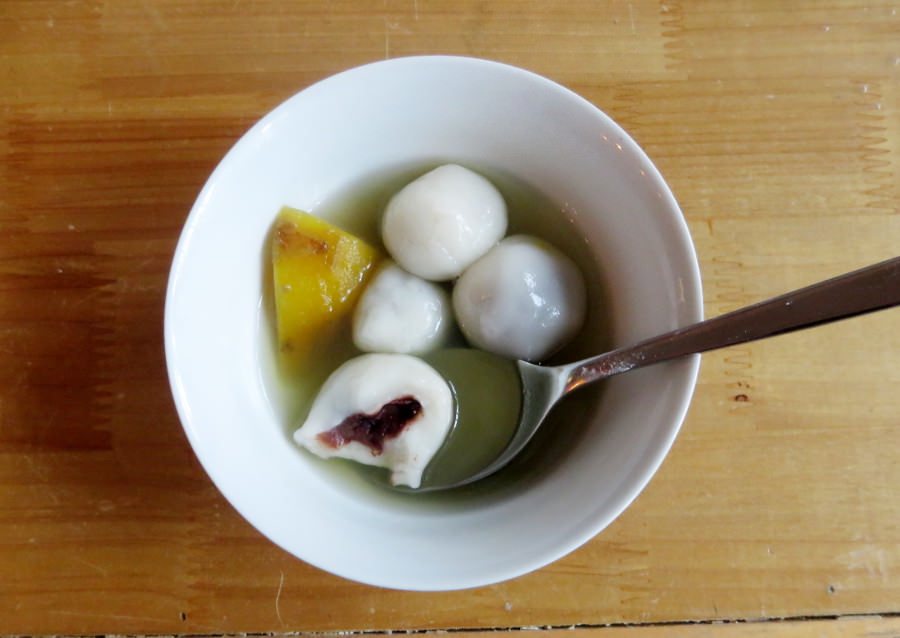 Tāngyuán (湯圓) filled with red bean paste and served with sweet potato in a ginger broth.

Later in the week, the staff were cooking again. This time, it was niángāo* (年糕) which means “year cake” but sounds like “year high” so is eaten for good luck. Slices of this steamed cake made with brown sugar and rice flour are pan fried. We ate a home-style version dipped in a sweet egg batter before frying. We liked both tāngyuán and niángāo. I plan to try making these myself, but I’ve also seen the sweets available in grocery stores.

Chinese New Year Beyond the Food

We now know New Year celebrations last for 10 or more days. So arriving after the official holiday doesn’t mean you miss all the excitement. Besides eating tasty foods, we watched spontaneous lion dances performed in the streets. We learned these performances are often paid for by businesses to bring good luck. The loud drumming can’t help but attract customers as well.

While some sights in Hong Kong are quiet in winter, crowds of worshippers fill the Taoist temples. Lots of people means the air is thick with the smoke from burning incense. 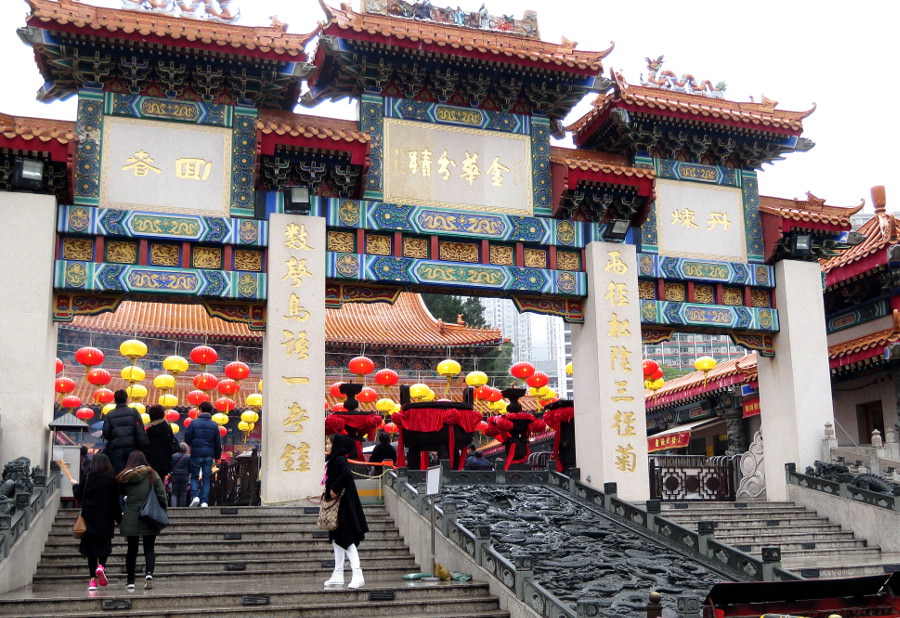 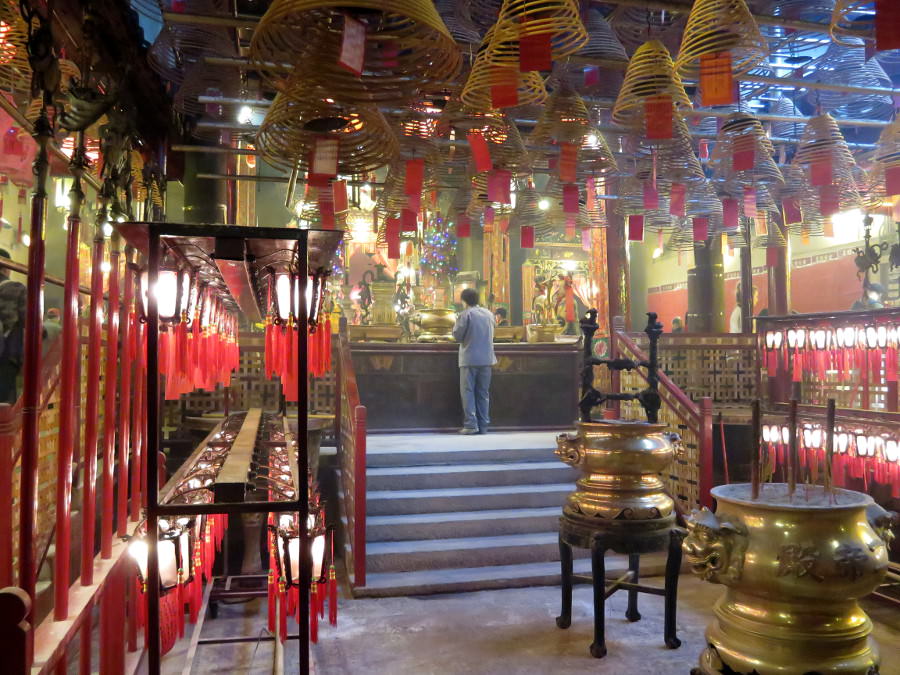 Inside the incense-filled Man Mo Temple in Hong Kong, shortly before closing time. This temple was filled with people just 10 minutes prior and had a line around the corner the next day.

So often when traveling in Europe, the churches are empty. But in Hong Kong, the temples are packed and we become part of the activities. At least during Chinese New Year. 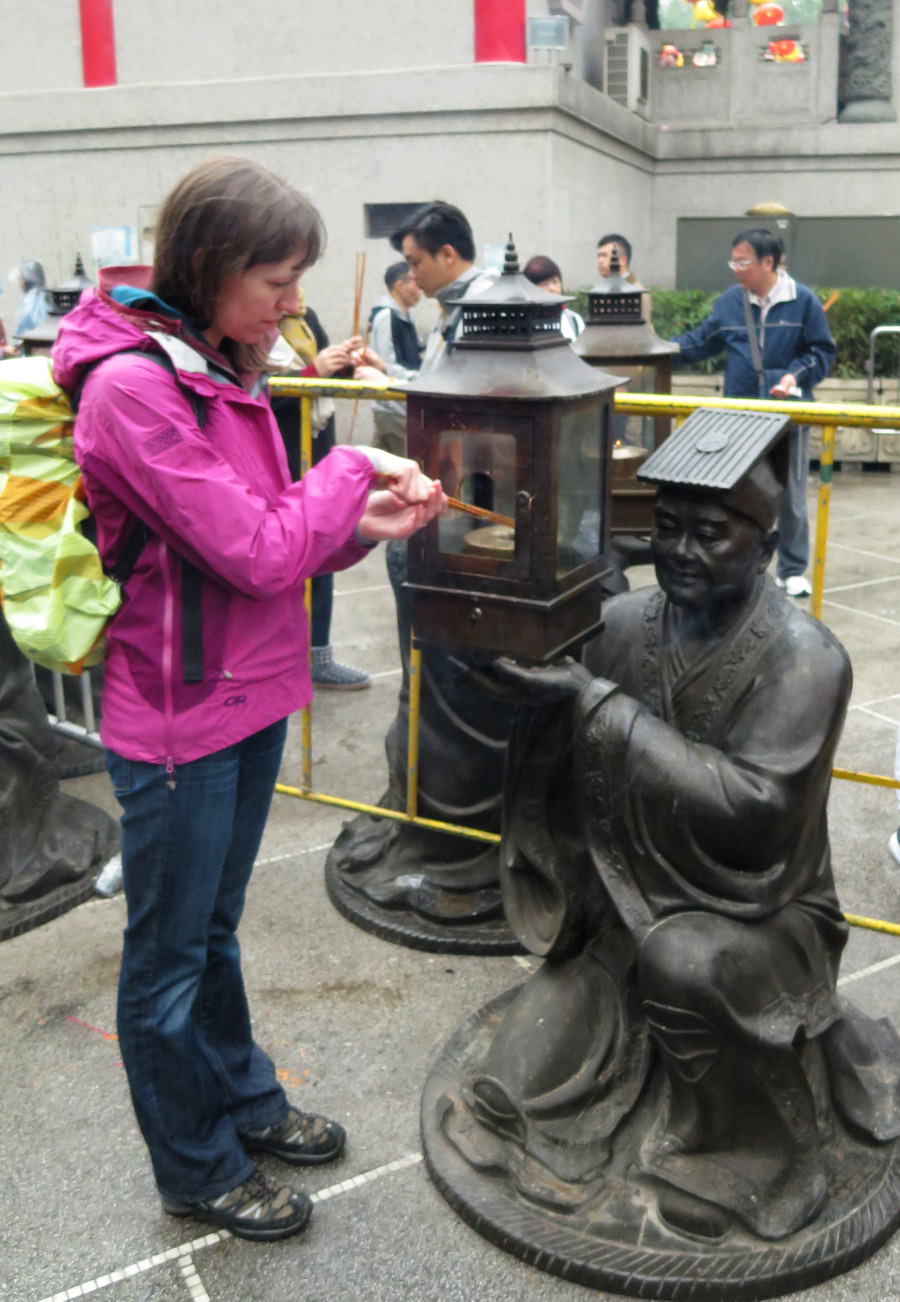 Year of the Dog

According to the Chinese Zodiac, 2018 is the year of the dog. Lucky for us, I booked a week-long stay with these two overactive puppies: 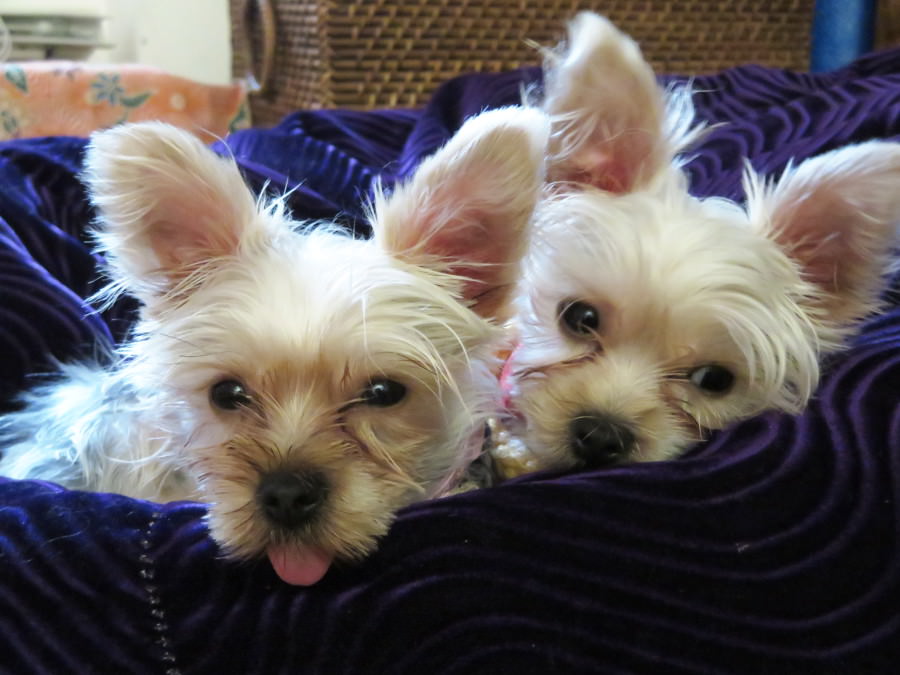 Six-month old puppies, Coco and Bailey. Our roommates for the week at an apartment in the Sheung Wan neighborhood of Hong Kong Island.
*Cantonese is the dialect of Chinese spoken in Hong Kong. But here I’ve used the Mandarin pronunciations because I don’t know any Cantonese. The characters will be the same regardless of the dialect, except in mainland China, where tāngyuán simplifies to 汤圆.